Exercise, Sweat, Drink, Repeat: Why staying hydrated is critical to your performance.

“Studies have shown that losing more than 3% of your body weight in fluids, without replacing them, will lead to a decrease in endurance performance. To give that more perspective, for an individual weighing 150 pounds (68kg), a loss of 4 to 5 pounds (1.8-2.2kg) of water weight will lead to greater breakdown of stored energy in your muscles, less delivery of oxygen and nutrients to working tissues, and less blood flow to your skin which is needed to keep your body from overheating”. 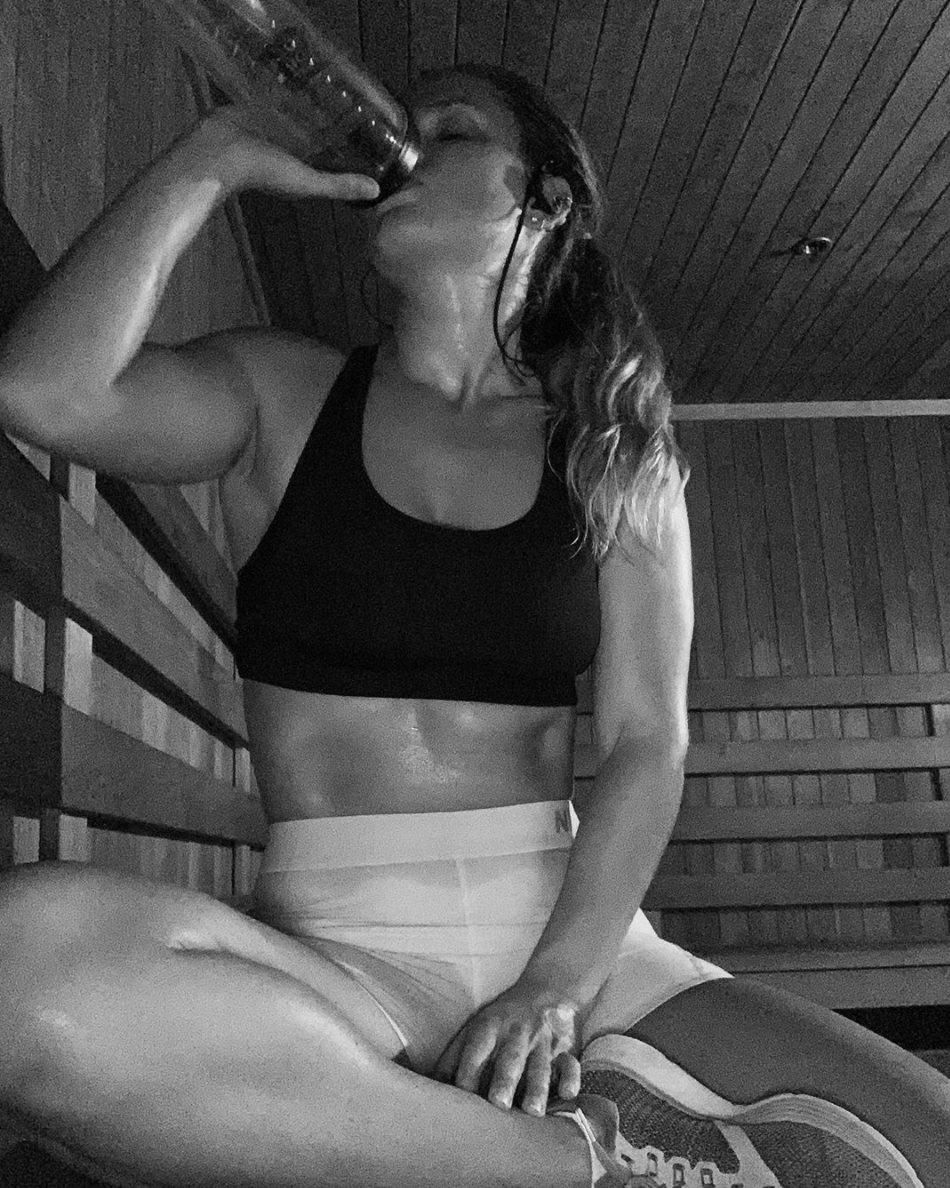 When we exercise, the increased blood flow delivers oxygen and nutrients to working muscles. Working muscles, in turn, generate heat, which increases internal body temperatures. Our bodies have a unique compensatory method to release heat, which, of course is sweat. Generally speaking, sweat rates increase as exercise intensifies. Also, sweat rates are exacerbated by hot/humid environments.

Sweat consists of water and electrolytes (mainly sodium and chloride). So the more we sweat, the more water we are losing. Why is that important? For starters, blood, which is 92% water, is responsible for delivering oxygen and nutrients throughout the body. When sweat rates increase, and fluids are not adequately replaced, blood volume decreases — leading to decreased delivery of oxygen and nutrients to working muscles.

So, what impact does that have on performance? Significant body fluid losses induce various physiological alterations on the body, including increased body temperature and increased heart rate leading to cardiovascular strain. In hot environments, the combination of dehydration with rising skin temperatures (from both exercise and the environment) increases the need for blood flow to the skin. That competes with blood flow to working muscles. Additionally, increased heart rates and cardiovascular strain make any level of exercise intensity seem more difficult.

Dehydration also leads to increased breakdown of muscle glycogen and greater reliance on water derived from metabolic reactions. Muscle glycogen holds the majority of your energy reserves for exercise, therefore the faster you burn through them, the less energy you will have to continue and maintain high exercise intensities.

Most importantly, significant loss of body fluids leads to decreased blood perfusion to the brain. The brain accounts for 20% of your overall metabolism, but it’s unable to create oxygen on its own and relies on the circulatory system for delivery of blood, oxygen and nutrients. As exercise intensifies, and body fluids are lost, blood flow to the brain decreases, which can lead to heat exhaustion and dizziness. Additionally, a dehydrated brain will result in decreased motor performance and cognitive function — all which negatively impact performance.

Even though water makes up a large majority of the body, it is tightly regulated. Studies have shown that losing more than 3% of your body weight in fluids, without replacing them, will lead to a decrease in endurance performance. To give that more perspective, for an individual weighing 150 pounds (68kg), a loss of 4 to 5 pounds (1.8-2.2kg) of water weight will lead to greater breakdown of stored energy in your muscles, less delivery of oxygen and nutrients to working tissues, and less blood flow to your skin which is needed to keep your body from overheating.

So how can you ensure you’re staying properly hydrated? For starters, drink plenty of fluids during exercise — especially if exercise is prolonged (>1 hour) or taking place outdoors. The effects of dehydration have significantly more impact when exercise is taking place during moderately high and very high intensities, so it’s vital to keep ingesting fluids during activities that demand high energy. Weighing yourself before and after training is going to be critical in determining exactly how much fluid you need to replace to get back to a euhydrated state. Drinking to thirst is not always the best measure since our thirst mechanism is alleviated long before the body is adequately rehydrated. Another measure is to take note of the color of your urine. Darker colors indicate a larger concentration of solutes, meaning you are dehydrated. Aim to maintain a light, “lemonade” color.

Generally, the rule of thumb is to replace 150% of fluids lost within the first couple hours after training. That translates to about 16 to 24 ounces of fluid for every pound lost. What about electrolytes? Sweat is predominantly sodium and chloride, with very trace amounts of other minerals such as potassium, calcium, magnesium and iron. The concentration of sodium lost in sweat varies greatly between individuals, making it difficult to determine exactly how much needs to be replaced. However, if fluid losses exceed 3% of body weight, or if exercise is prolonged (>1 hour) and taking place in a warm environment, it may be advisable to rehydrate with electrolytes. Water follows salt and sugar, so adding electrolytes to your beverage or consuming salty carbohydrates after a training session may help restore fluids lost during exercise and keep the body hydrated for additional training sessions.

Water accounts for a large majority of the human body and blood. Significant losses of body fluids in a short period of time decreases blood volume, which results in decreased delivery of nutrients to the brain, skin and working muscles. Therefore, staying hydrated is important to maintain performance, especially when exercise takes place in warm environments. So, make sure fluid intake is a priority when training.