More than just a KO: What you need to know about Concussions. 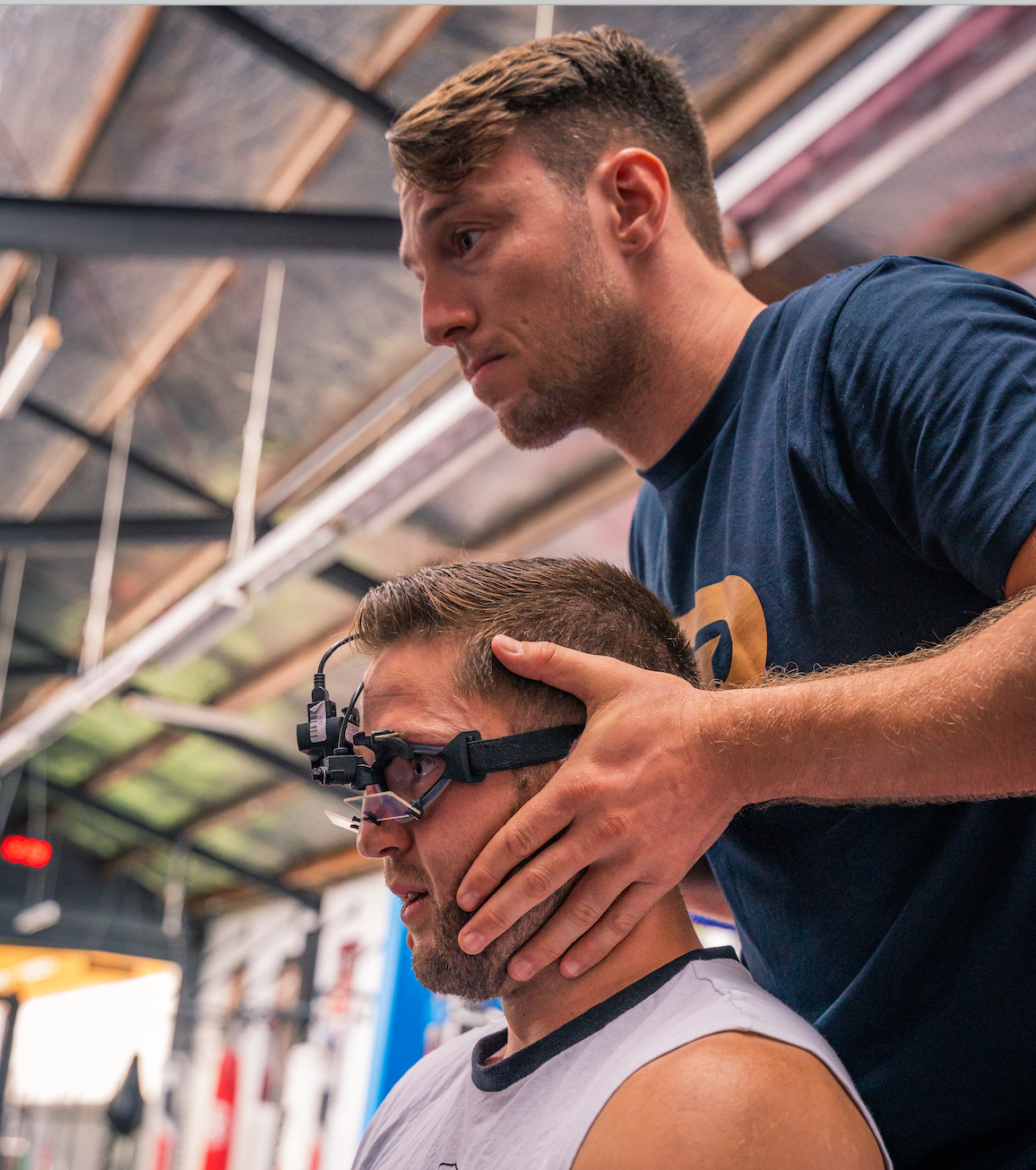 First off, a concussion is more than just a KO…actually, only about 10% of concussions involve a loss of consciousness (or a period of ‘blacking out’).

The term ‘punch drunk’ was first coined by a physician in 1928. To quote this article “Punch drunk most often affects fighters of the slugging type, who are usually poor boxers and who take considerable head punishment”, “Early symptoms of punch drunk are well known to fight fans, and the gallery gods often shout “Cuckoo” at a fighter” (Martland & Newark., 1928).

So, what is a concussion?

In short, a concussion is a traumatic brain injury that is induced by biomechanical forces. Although it is commonly found after a direct blow to the head, concussion can also occur from impulsive forces transmitted to the head via a blow to the neck, or elsewhere on the body. Typically, there is a rapid onset of short-lived impairments, that resolve quickly, however signs and symptoms may develop over minutes to hours after.

No. Abnormalities related to concussion are not detectable with standard/conventional imaging. The acute changes in clinical symptoms (such as balance disturbance, disorientation) reflect a function disturbance rather than a structural injury.

What are the signs and symptoms you should know?

The presentation of a concussion will vary from athlete to athlete. The most common symptoms reported are dizziness and headaches. However, typical clinical symptoms that may present after concussion include (McCrory et al., 2017; Neidecker et al., 2018):

What also should I be aware of?

What must I do for rehab, and how long is recovery?

First, don’t hide your symptoms or concerns. This will only serve as a detriment to your recovery, and long-term health. Clinical guidance throughout the concussion recovery period is essential to ensuring a safe and efficient return to fighting. Rest is not best. We encourage early activity, however the level of activity will be determined on a case to case basis. Many factors need to be considered in individualising a rehabilitation program. I personally follow a structured protocol when guiding athletes to return to fighting, however, how this is used will vary depending on the presentation.

Clinical recovery is defined functionally as a return to normal activities, such as sparring. It encompasses a resolution of concussion-related symptoms and return to normal balance and cognitive function. Physiological recovery is believed to extend beyond clinical recovery in some athletes. Majority of athlete recover (symptomatically speaking) within a 10 – 14-day period. However, approximately 10 – 30% of athletes may present with prolonged recovery, or persistent symptoms (Makdissi et al., 2013, 2017). The severity of an athlete’s initial symptoms is a consistent predictor of a slower recovery. The development of migraine headaches or depression are likely risk factors for symptoms to last longer than a month (McCrory et al., 2017).

I will go through the return to fighting protocol in the next Blog!